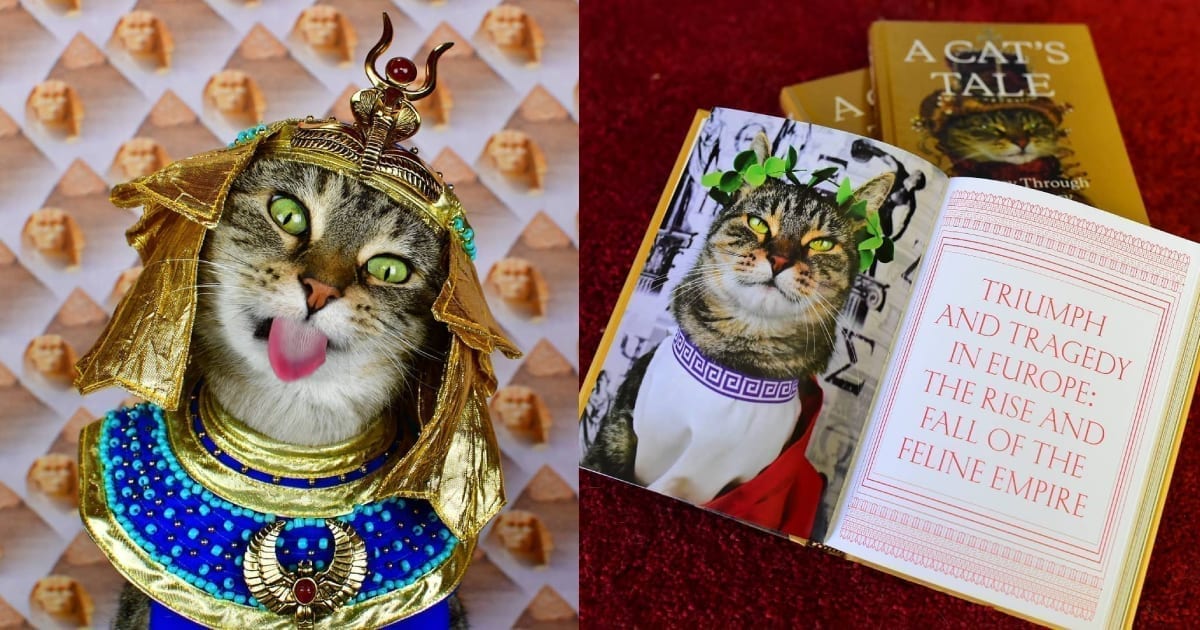 Listen to cat-loving bookworms. There's a new book on cats and history that you want to add to your reading list.

And don't turn it off because it's a book of history. A Cat Story: A Journey Through Cat History offers a lesson in history from the perspective of cats. Instead of telling the story of man in the past, the art historian and author Paul Koudounaris and the cat lover Baba are re-focusing the historical focus on cats with their book.

With Koudounaris' help, Baba tells how cats have sneaked through the centuries and, according to the description of the book, traveled "from the lap of pagan gods to today's status as meme stars".

In the opening chapter, Baba says to us: "We cats were allies of mankind for a long time, and while you reserved the sobriquet" man's best friend "for the dog, I can now give you reasons to judge differently." 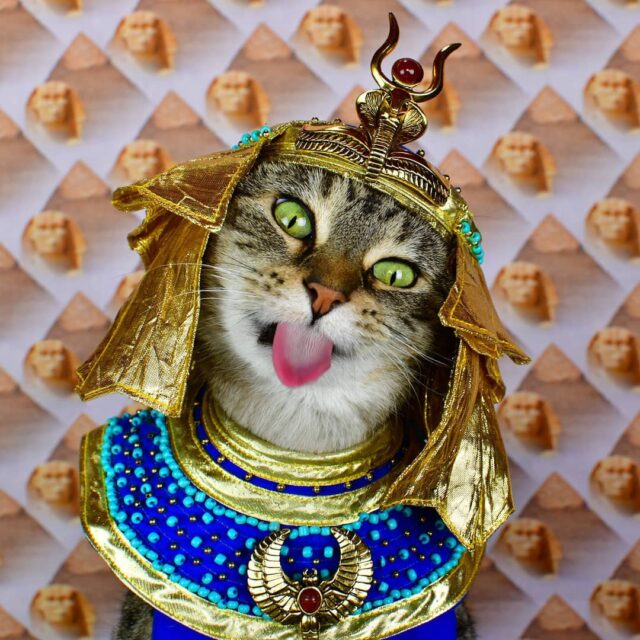 And it definitely does. With their great curiosity, Baba and her human have tracked down stories about forgotten cats and legacies such as the Army Mauser Colonel, the Cat and the Puss & # 39; n Boots Award 1950s.

Baba also features vivid images of historical cats and meows elaborate costumes that illustrate a moment in time. When it came to photography, you might think that thanks to the prerogative of the cat, Koudounaris struggled to capture that perfect shot, but the clever cat Baba acted exemplary. In an interview with Smithsonian Magazine, the proud cat father said, "Amazingly, 99 percent of the time, she would get exactly what I want." 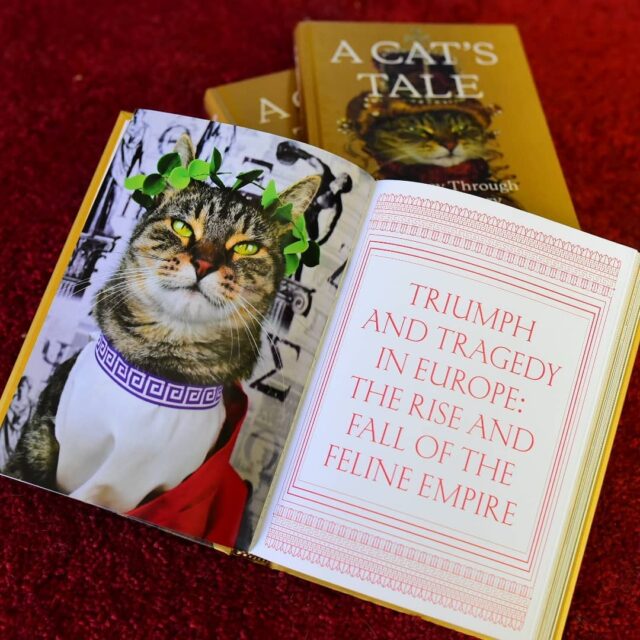 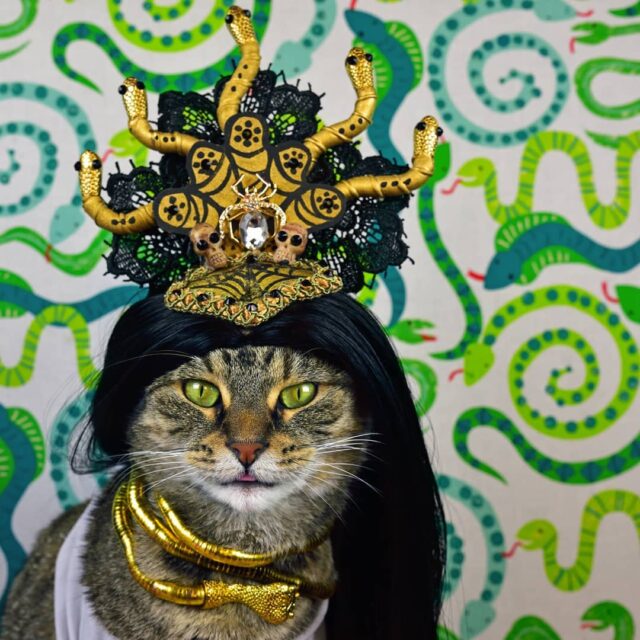 As such a professional, Baba only needed a single shot for the Andy Warhol shoot. "I took a test photo and thought, 'Oh, that's good – got it. " 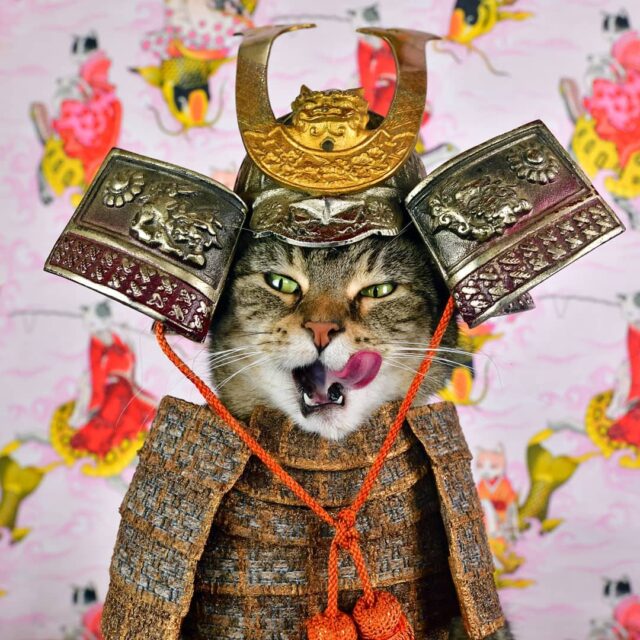 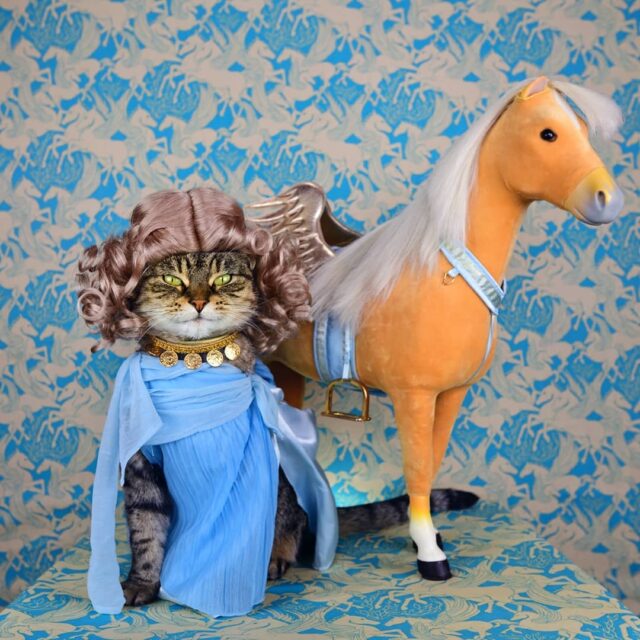 And the whole amazing idea started in 2011 when a paw grabbed Koudounaris as he passed a cage in the North Central Animal Shelter in Los Angeles.

Koudounaris originally went to the shelter to adopt a particular cat, but the cat had already found a home forever. As he left, the paw of fate came, punching holes in his shirt! When Koudounaris met the eyes of the tabby who had stopped him, a connection was established.

"I knew immediately that I had discovered a feline companion, but I could hardly have guessed that I would also get a model, a muse and even a writing partner," said the amorous cat father. 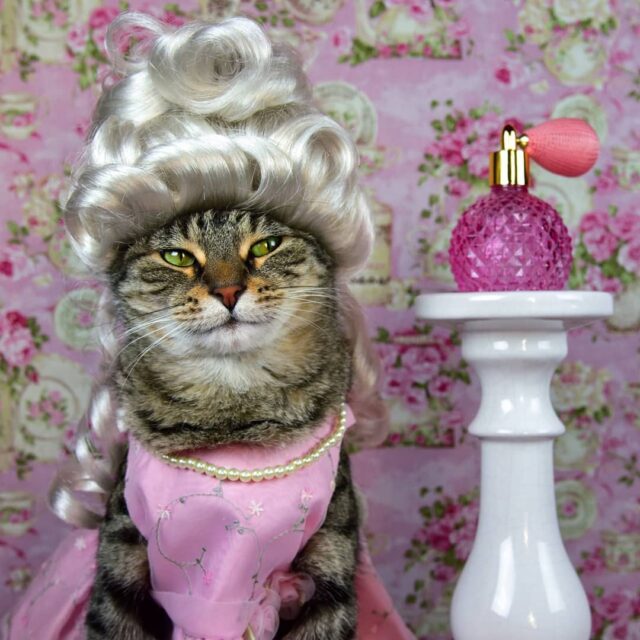 In addition to working together on the masterpiece of imagery, the couple also spent hours researching cats and their place in history. What they have created is a trip that no cat lover should miss.

"It was more than just a book, it was part of the ongoing process of bonding with my cat," explained Koudounaris. "It's cat story, it's cosplay, and including a love letter to all cats in our entire lives." 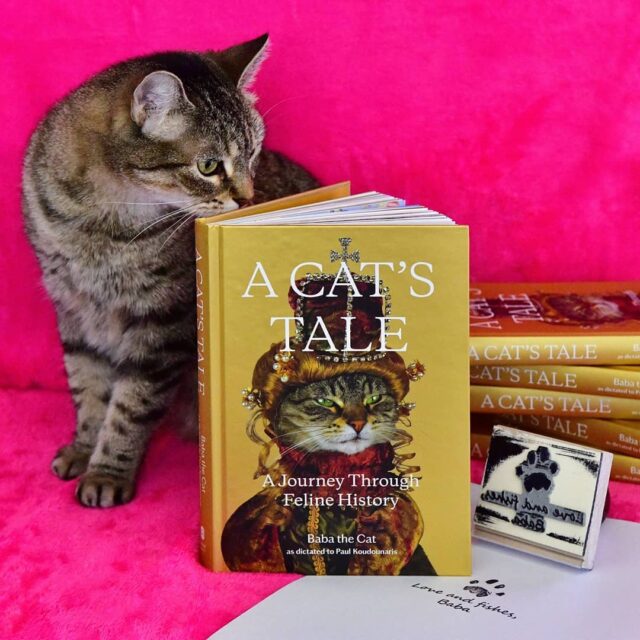 Baba the Cat and Her Dad Journey through the Cat Story in New Book appeared first on iHeartCats.com.

Golden White Eye avoids the specter of an invasive snake